Following the arrival of the Loreto Sisters in Ballarat in 1875, Mother Mary Gonzaga Barry ibvm was responsible for founding Loreto schools in most states of Australia.

In 1899, Archbishop O’Reilly asked Gonzaga Barry ibvm to come to Adelaide. However, it was not until 1903 that she began negotiations after her friend, Mother Mary MacKillop, told her “There is work for you to do in Adelaide that no one else will do. Your house there will yet be the most important of all your foundations in Australia.” 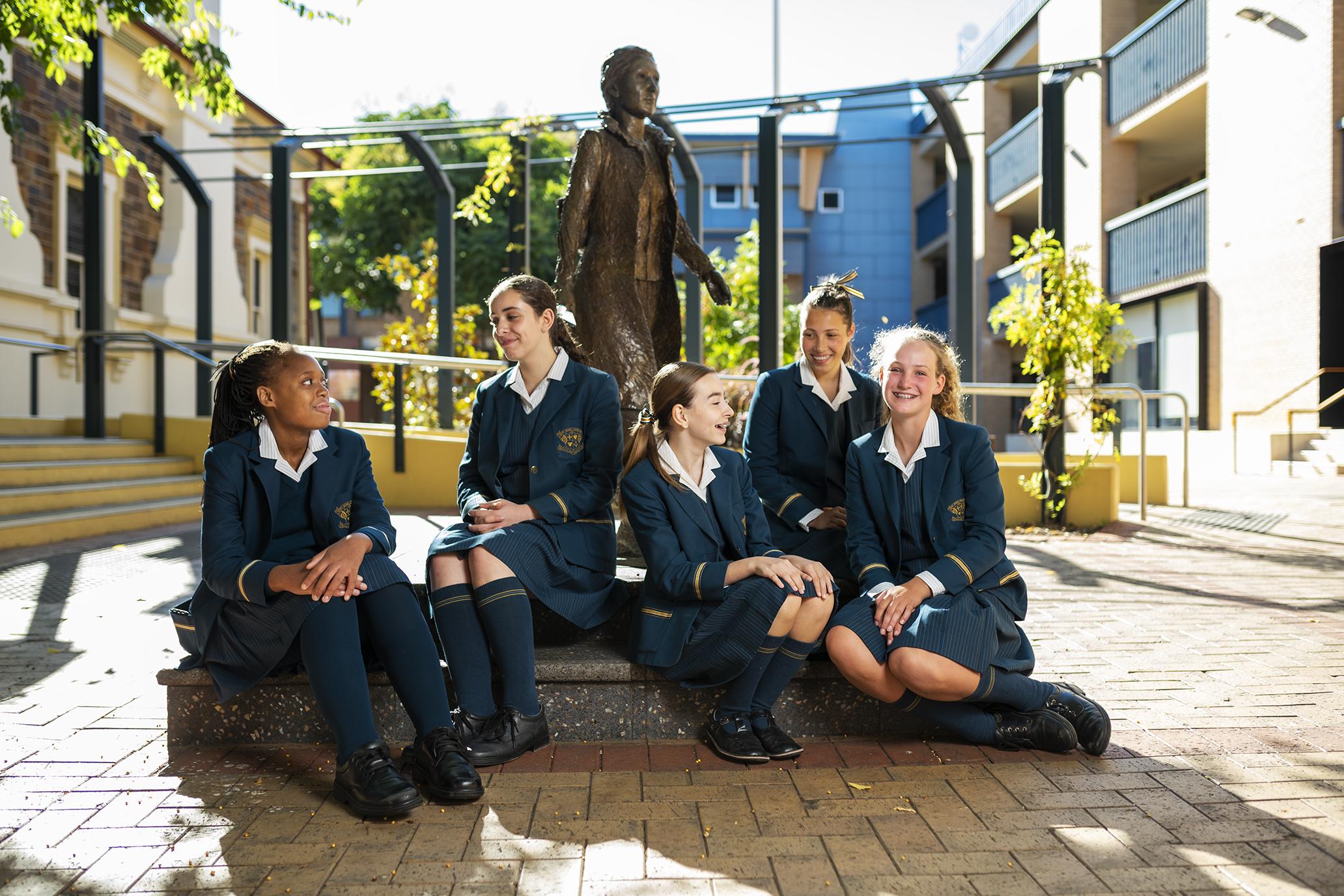 Mary Ward was the founder of Loreto schools worldwide. Hundreds of years after her death, Mary continues to be a very important role model in the lives of our current students. Through her story, our students are able to recognise the triumph in persistence and the determination to work hard for what you believe in.

Mary was born in 1585 in Protestant England, where the monarch was committed to the Church of England and punished those who did not attend its services. After moving around with several relatives to avoid persecution for their beliefs, Mary decided to enter religious life.

Over the coming years, Mary received her ‘glory vision’ and became more convinced of her purpose. She began to gather a company of women to help her in achieving this purpose, eventually establishing a school for girls. The system of education for women that Mary developed was unique in its time for the breadth of subjects taught and the lack of distinction between the wealthy and the poor – all were treated equally.

The school and Mary Ward’s Institute grew rapidly and a program of expansion saw more schools established around Europe. However, this earned Mary and her companions some bitter enemies, and she was repeatedly imprisoned and many of her schools were either shut down or denied permission to establish. Despite her ill-health, Mary continued to fight for the establishment of schools across Europe, eventually giving leadership to Barbara Babthorpe before her death in 1645. Mary’s legacy was continued after her death and despite numerous challenges, more schools were established worldwide and continue to thrive today.

By 1905 a suitable house had been found in Sydenham Road, Norwood (now Wynwood Nursing Home). Gonzaga Barry ibvm arrived with Mother Boniface Volker as first Superior and Mother Bertrand on 14 January. The Sisters of St Joseph offered their help and the school opened in early February with five students.

By 1907 there were 70 pupils, so Loreto moved to a larger house on The Parade at the corner of Eastey Street. By 1909, adjacent land had been acquired and a new hall and dormitory opened, but numbers continued to increase. In 1920, after the death of Sir Edwin Smith, his home, The Acacias, became available, and Loreto moved to Marryatville.

Further properties have gradually been bought and new buildings erected, including classrooms, science laboratories, libraries, a gymnasium, art and textiles spaces, our music and performing arts centre, and boarding facilities. These spaces have provided for the Loreto education of many thousands of students over the last century and beyond.

The heritage of our school is an inspiration for all our students and continues to shape and guide our values and mission. Loreto’s Heritage Gallery is located in the College’s Acacias Building and provides a permanent exhibition for past and present scholars.

The Heritage Gallery displays an extensive collection of archival documents, pictures, and artefacts. This wonderful collection enables us to preserve the vision and values of our founders Mary Ward and Gonzaga Barry ibvm and celebrate the memory of the early struggles, vision, and commitment of the Loreto Sisters.

The gallery will ensure the memories of Old Scholars and their achievements are enshrined and our School’s heritage embraced by our students today and into the future.

In 2013, Loreto launched Peter Moore’s The Acacias Heritage House and Gardens, which offers insights into the rich history of this beautiful structure. This publication is available to purchase from the Senior School Reception.

Welcome from
the Principal

Register for a College Tour

We encourage you to see how your daughter’s future can take shape at one of our upcoming College Tours where you will see our curriculum in action, tour our historic grounds, and hear from Dr Nicole Archard, our Principal and leader in girls’ education on why a girls’ school is the best investment for your daughter.